E-COURSES
The Truth About Marijuana
0%

Welcome to The Truth About Marijuana

Thank you for enrolling! You’re about to see videos and read material that will give you the truth about marijuana so you can make your own decisions based on facts, not opinions or someone else’s ideas. You can track your progress through the course, and every time you sign out, you can pick up where you left off when you sign in again.

Marijuana or hash oil can be mixed with food or beverages commonly called “edibles.” Brownies, cookies, candy, sodas and tea are some of the popular forms. 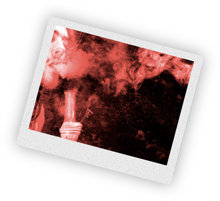 When a person smokes marijuana, he feels the effects immediately. When a person eats or drinks marijuana mixed food or drinks, it may take 30 to 45 minutes to digest, so the length of time for the drug to become activated is longer. In other words, the person doesn’t feel the effects immediately. Because of this, people often eat more. When the effects finally hit, the chances of becoming extremely intoxicated and even having a psychotic episode are greatly increased.

The amount of marijuana in edibles can vary widely, and the amount of THC can be so great, people have reported extreme paranoia and anxiety bordering on psychotic behavior as a result.

Here are just a few notable cases involving edibles: A reporter for The New York Times ate a marijuana-infused candy bar and spent eight hours curled up in a “hallucinatory state.”10 A Colorado teen ate one serving of a marijuana-infused cookie—1/6 of a cookie. After 30 to 60 minutes he didn’t feel anything, so he ate the rest of the cookie. After the effects of the drugs kicked in, he jumped off a 4th floor balcony and died from the fall.11 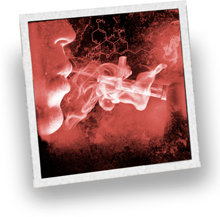 Vaping marijuana is done by placing raw cannabis or THC oil in a vaporizer or e-cigarette. While there are claims that this is a “healthier” way to consume marijuana, the effects of vaporizers and e-cigarettes have not been fully researched in large-scale studies.

Lid: an ounce or less

Matchbox: a small amount that usually comes
in a cardboard matchbox

Nickel bag: a small bag that sells for $5

Dime bag: a small bag that sells for $10

Brick: 2.2 pounds or one kilogram of tightly
compacted marajuana(12)