E-COURSES
The Truth About Synthetic Drugs
0%

Welcome to The Truth About Synthetic Drugs

Thank you for enrolling! You’re about to see videos and read material that will give you the truth about synthetic drugs so you can make your own decisions based on facts, not opinions or someone else’s ideas. You can track your progress through the course, and every time you sign out, you can pick up where you left off when you sign in again.

• Calls to poison control centers related to synthetic marijuana use increased in the United States by almost 80 percent between 2010 and 2012.3 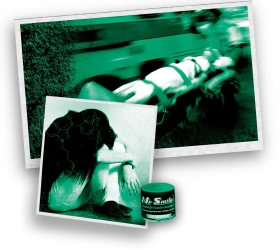 • A 2013 U.S. government report found the number of emergency department visits in 2011 involving toxic reactions to synthetic marijuana had increased 2.5 times, to 28,531.1

There have been numerous fatal car accidents documented involving people under the influence of synthetic marijuana:

• Another 20-year-old man smashed into a tree and died after smoking synthetic marijuana.

• A brother and sister were killed when a garbage truck drove 500 feet across a highway divider at 55 mph and sliced off the roof of their vehicle. The driver of the truck admitted to using synthetic marijuana.