SYNTHETIC MARIJUANA
NOT A “NATURAL HIGH” 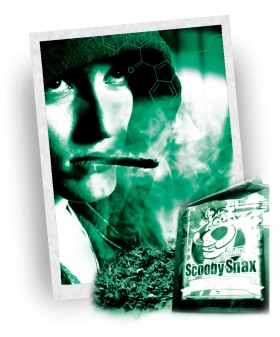 Synthetic marijuana, most commonly known as Spice or K2, is a mixture of herbs and spices that are sprayed with a chemical with similarities to THC, the mind-altering ingredient found in marijuana.

Synthetic drugs such as Spice and K2 are often falsely advertised as “safe,” “natural” and “legal” highs. The truth is that they are technically not legal and are definitely not natural or safe.

Chemical analyses have shown that, in all cases, the active ingredients in these drugs are synthetic chemicals with dangerous toxic effects. Beyond that, because the chemical composition of products sold as Spice or K2 is unknown, users have no idea what chemicals they are putting into their bodies or what the effects will be. And, as herbs and spices can be sprayed unevenly, the potency can vary wildly.

Synthetic marijuana has the appearance of dried leaves and is often sold in small, silvery plastic bags as “herbal incense” or “potpourri.” It is also advertised in liquid form for use in vaporizers.

It is often smoked in rolled joints, pipes or e-cigarettes, and some users make it into a tea or use it in brownie recipes. It has also been taken in vaporized form through the nose or in liquid form.